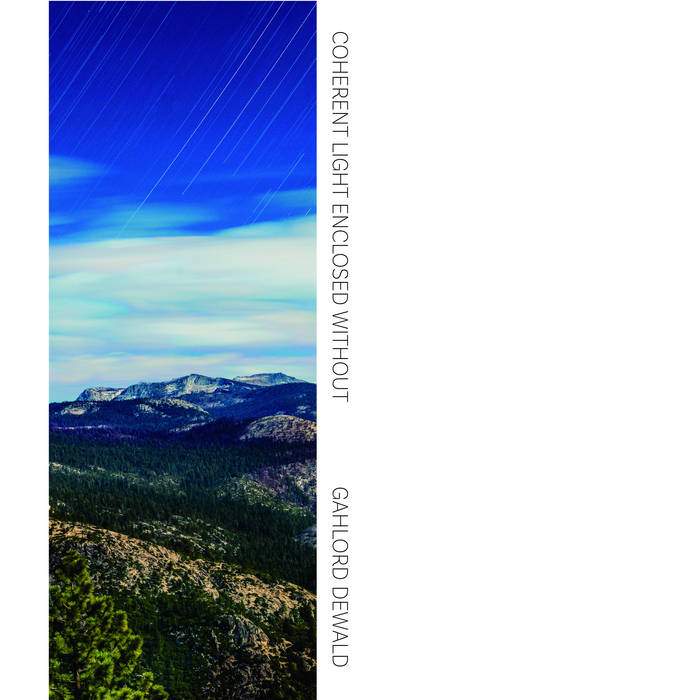 Notes from the Tank

With the clarity of
an understanding pulled up close

sounding the sonority
of those ear-bent incantations heard well within

these callings
straddling at once both the heavens and the deep

are the whole breath orations of a journey
indicative of our broadest contemplations.

here sounds the reckoning path
of a most-felt conversation.

The Tank Center for Sonic Arts was originally built as a railroad water-treatment facility around 1940. It was moved in the 1960s to its current location in Rangely, Colorado but was never fully realized as its original funciton. Left there empty, the tank inspired people to climb in the side port to sing and play with the resonance of the space. A decade later when composer and sound artist Bruce Odland was passing through town--as folklore goes--two oil workers came up to him and said, "are you the sound guy?" They drove him over to the Tank to listen to the resonance of their unique qater tank.

In 2013, when the owner of the Tank considered selling it for scrap, Odland and a community of people who called themselves Friends of the Tank (such as sound engineer Samantha Wade, who helped record this album) decided to save the Tank by updating it to be a proper venue with ventilation, lighting, sealed floors, and other details that would make it an ideal recording space for experimental musicians.

So, in October 2017 Gahlord and I drove there from outside of Denver. We stopped on the way to meet up with one of his friends to pick up a bass that he could use to play around in the space. It took us longer than we expected and we arrived in Rangely, Colorado in the middle of the night.

The next morning we met sound engineer Greg Heimbecker at the local diner for breakfast. A long haul trucker, overhearing our conversation, mentioned that he had stopped there specifically to visit the Tank and hear what it sounded like. Recent press had sparked his curiousity.

The Tank itself evokes wonder: the steel cylinder captures the color of the light as it changes, spinning it around the outside of the building. If you spend the whole day there, you see it change in blocks of time. As you emerge from the Tank for breaks the angle of the sun has changed, so has the temperature and the feeling of space.

The sounds on this album are from that fall day: an invitation to sisten, a faint evocation of the sounds around the Tank that found their way in, a blurred folding of time.

_Coherent Light Enclosed Without_ runs 27'03" and is performed by Gahlord Dewald using a double bass loaned to him by Chris Drayer.

Bandcamp Daily  your guide to the world of Bandcamp